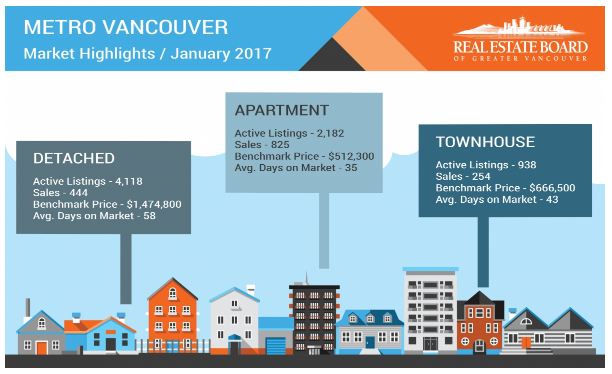 2017 got off to a slow and unsettling start. Detached home sales and pricing have both started to decline.

“From a real estate perspective, it’s a lukewarm start to the year compared to 2016,” said Dan Morrison, Real Estate Board of Greater Vancouver (REBGV) president said. “While we saw near record-breaking sales at this time last year, home buyers and sellers are more reluctant to engage so far in 2017.”

There are many factors at play. The BC foreign buyers tax (and subsequent amendment), strict new rules from China on outbound foreign money, and a new US President all lend a hand in creating an uncertain time for investors and making home buyers and sellers a bit more hesitant. 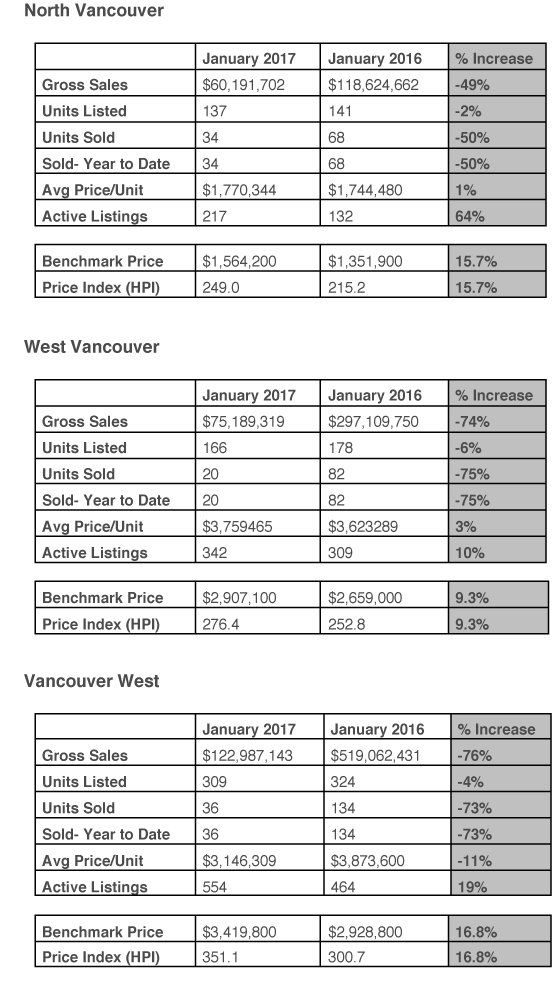 This entry was posted on February 5th, 2017 | Posted in Market Stats