The West Vancouver Museum's 11th annual home tour takes place on July 9 from 12 to 4 p.m.  These selected homes reveal architectural characteristics that express true West Coast Modernism. There is a reception being held from 4pm-6pm at Eagle Harbour Yacht Club following the tour. More information can be found on their website.
http://westvancouvermuseum.ca/events_programs/special_events

Modern home aficionados will love touring the homes in the Vancouver Modern Home Tour. No date has been specified for this year but more information can be found via their website.  http://vancouver.modernhometours.com/

The market is strong as well as highly competitive so if you are thinking of buying or selling your home give me a call, I’d love to help.

As the summer heat settles in, we remain in the midst of a strong sellers’ market. Greater Vancouver’s sales-to-active-listings ratio in June was 76 %. A seller’s market typically occurs when this ratio exceeds 20% for a sustained period of time. The information below can help you understand what the individual markets have been doing compared to one year ago. If you are thinking of buying or selling your home and would like to discuss the latest data hitting our markets, give me a call, I’d love to help. 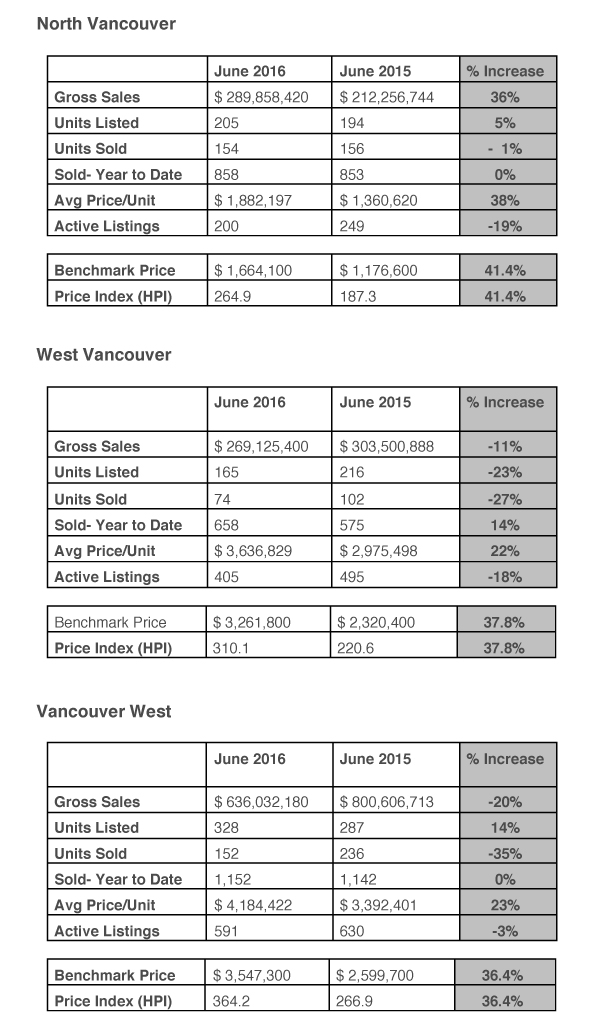