February Was Cold For Sales and Weather

Low supply and snowy weather contributed to a decline in home sales for the month of February. Last month’s sales were 7.7% below the 10-year February sales average. Lack of new inventory and buyer hesitation had February’s figures at their lowest for that month since 2003 and overall home sales for Metro Vancouver were down 41.9% when compared to the unprecedented activity we saw in February 2016. Keep in mind one year ago I was reporting that homes were selling for close to $900,000 over asking in under a week. Yes, sales and overall listings are down from a year ago, but that was an unprecedented time in our real estate market.

According to Dan Morrison, Real Estate Board of Greater Vancouver president, “While home sales are not happening at the pace we experienced last year, home seller supply is still struggling to keep up with today’s demand. This is why we’ve seen little downward pressure on home prices, particularly in the condominium and townhome markets.”

The combined residential benchmark price (all property types) in Greater Vancouver in February was $906,700 – a rise of 1.2% over the previous month, and 14% higher than February 2016. 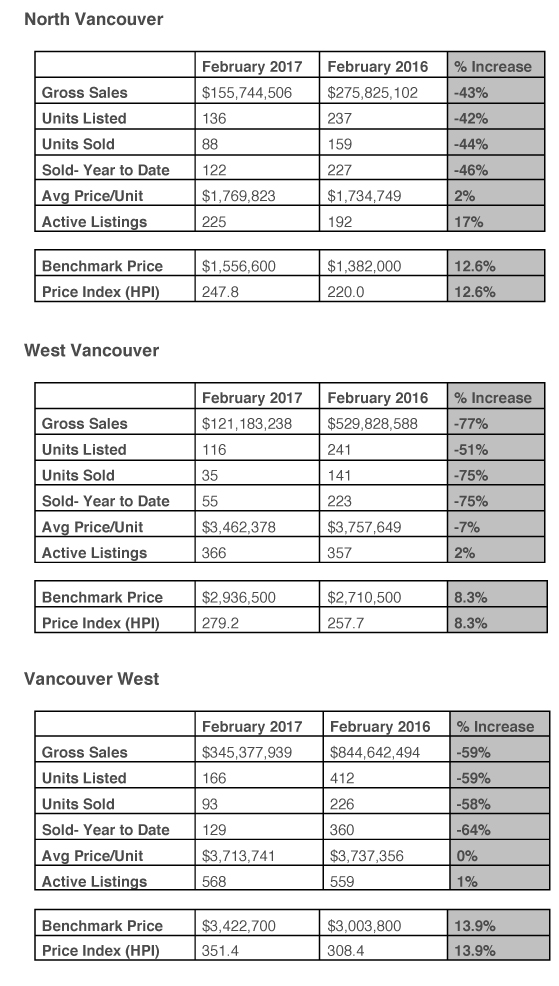 This entry was posted on March 4th, 2017 | Posted in Market Stats