It certainly seems like I have been writing about the same market scenario for months now.  April was no different as we continued to see strong Gross Sales and dwindling Active Listings. Interestingly the actual Units Sold in the past month compared to April, 2015 has changed nominally yet the overall Gross Sales increase has been staggering.

The market is strong as well as highly competitive so if you are thinking of buying or selling your home give me a call, I’d love to help. 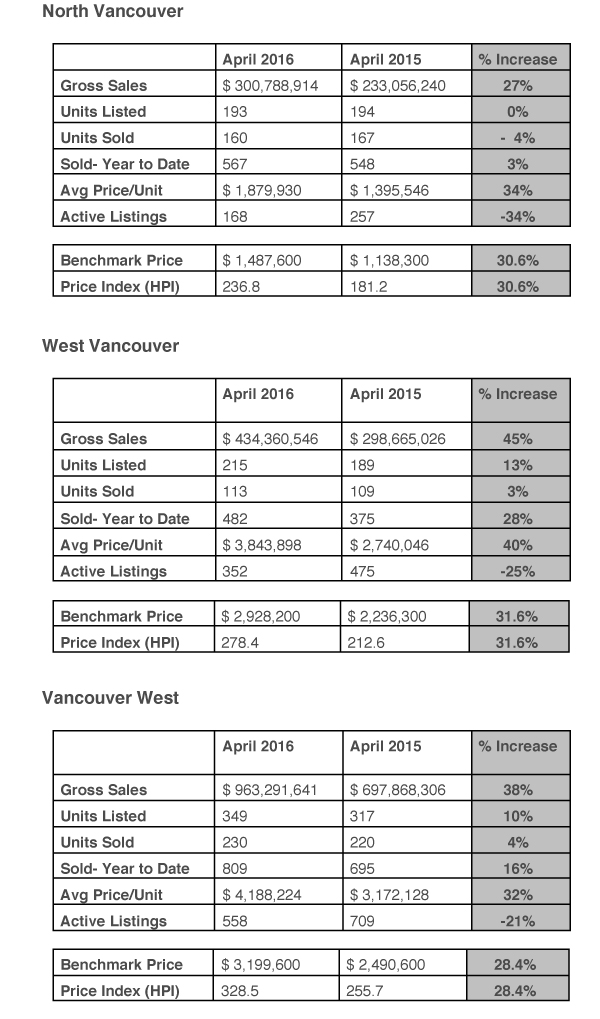